I’ve heard the term “Markov chain” a couple of times but never had a look at what it actually is. Probably because it sounded too impressive and complicated.

It turns out it’s not as bad as it sounds. In fact the whole idea is pretty intuitive and once you get a feeling of how things work it’s much easier to get your head around the mathematics.

Andrey Markov was a Russian mathematician who studied stochastic processes (a stochastic process is a random process) and specially systems that follow a suite of linked events. Markov found interesting results about discrete processes that form a chain.

The system can change from one state to the other depending if a person arrived in the queue or someone finished checkout and left the queue, or nothing changed.

If we generalise this example we can say that a Markov chain is composed of a set of states \(S={s_1,s_2,…,s_m}\) and at every time step the system can move from one state to another according to a transition model \(T\). Therefore a Markov chain is defined by:

This is expressed by the transition model \(T(s,s’)\) which means that the next state \(s’\) depends only of the current state \(s\).

This is a very important property which means that if you want to model your process as a Markov chain you need to define your state very carefully as it should include everything you need to predict the next state.

Let’s take another example and see how we can model it as a Markov chain. I go to the gym a few times a week and I usually do 2 kind of sessions:

In this case our model has 3 states:

How de we move from one state to another? Well if I did a strength session I’ll be pretty exhausted so I am most likely to have a rest day the day after. If I had a rest day I can a cardio or a strength workout, or being lazy and take another rest day … nothing is certain it’s all a matter of probability, which gives us this kind of diagram 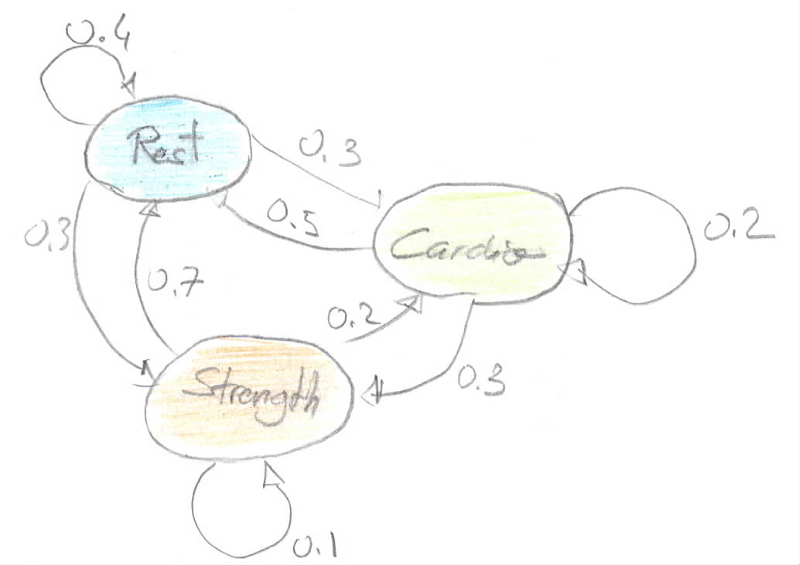 Now that we know how to transition from one state to the other we can answer interesting questions like: 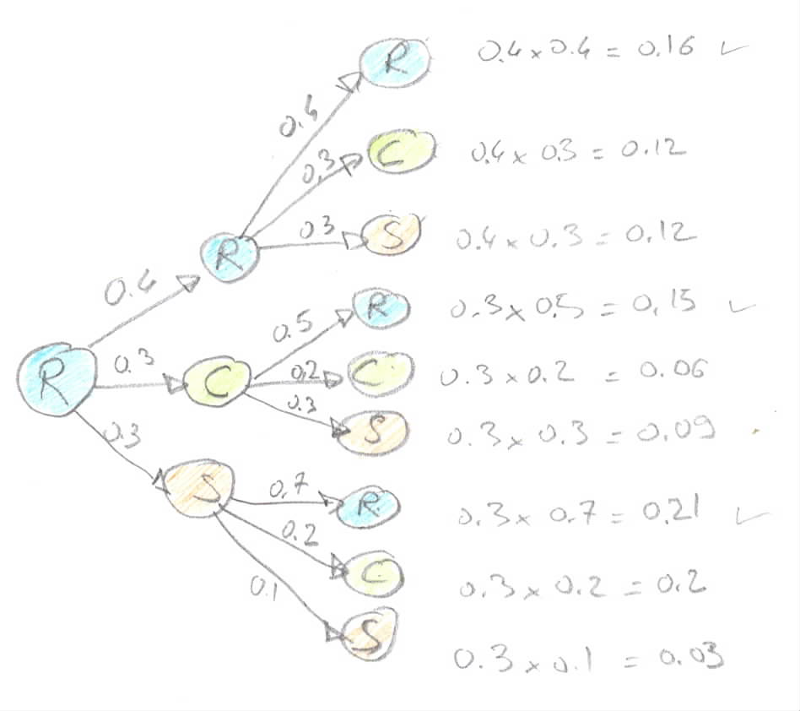 We can then sum up the probabilities of all the possible paths to answer the question: “Given that today is a rest day, what is the probability that I’ll rest again in 2 days time?”.

If we do it we numpy it looks like this:

and it produces the following output:

To understand if the initial state matters or not we need to define 2 kind of states:

A recurrent state is a state for which whatever the transitions you make there is always a path to go back to that initial state. 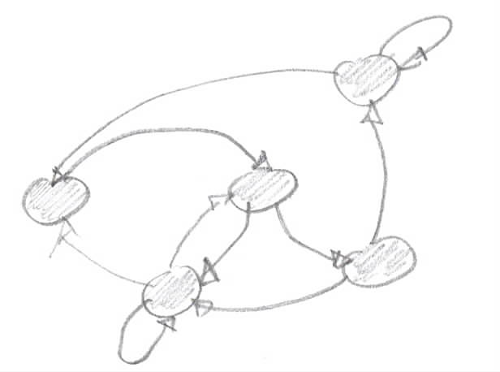 A transient state is a state that is not recurrent – there exists a path for which it’s not possible to go back to the initial state. 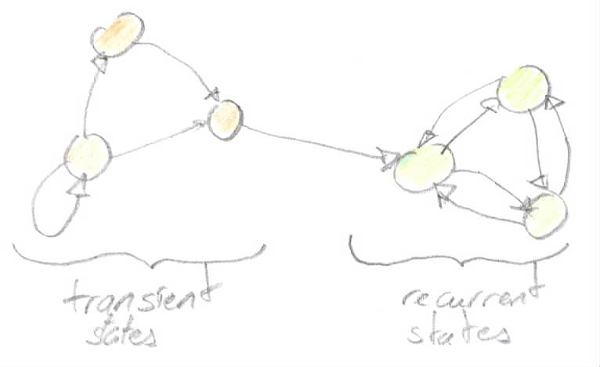 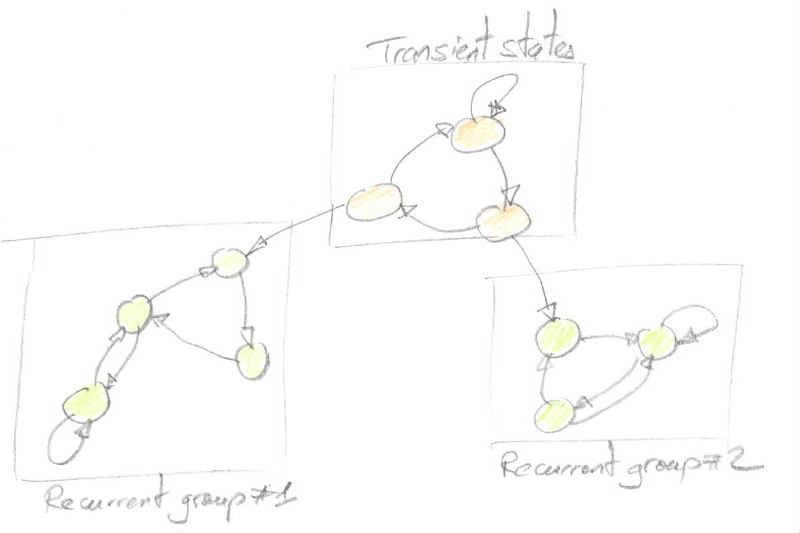 Then the convergence property is a bit trickier to observe because the system may oscillate between 2 (or more) sets of states. In this case the system is said to be periodic. A system is periodic if it exists some set of states (not necessarily connected) for which you always from one set to another (there is no way to stay within the same set).

It means that as long as a state is connected to itself the chain is not periodic (because it exists a transition that stays in the same set of states).

Hopefully this post gave you a good feeling of what a Markov chain is. I didn’t really got into the mathematics involved beyond this but now that you have a good intuition of how it works it should be less painful.