Stream computing is one of the hot topic at the moment. It’s not just hype but actually a more generic abstraction that unifies the classical request/response processing with batch processing. 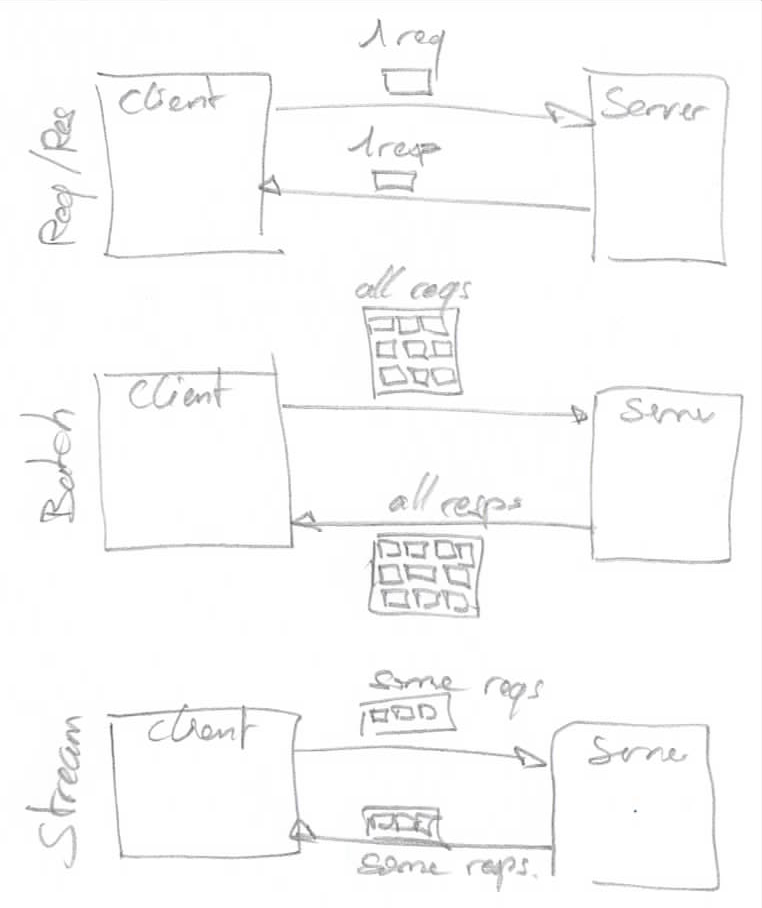 The request/response is a 1-1 scheme: 1 request gives 1 response. On the other hand the batch processing is an all-all scheme: all requests are processed at once and gives all response back.

Stream processing lies in between where some requests gives some responses. Depending on how you configure the stream processing you lie closer to one end than the other.

Kafka is able to capture live data in real time at large scale and therefore acts a message bus for all the micro-service to communicate.

However as soon as you enter this architecture you realise that processing data from Kafka is not a trivial thing. The problems are in fact inherent to any distributed system where one have to deal with things such as:

I am not a big fan of running my application code on Spark streaming. I think it’s great to perform analytics – even real-time analytics – but I don’t feel confortable running my core business code with it.

For this matter I’d rather rely on the actor model and the Akka implementation. However in this case we still have to handle these issues ourselves (and yes AkkaStream doesn’t help with that matter) but the actor model makes it easier to solve it.

And this is where Kafka Streams kicks in. It aims at leveraging the Kafka properties to make distributed computing easier while remaining a simple library to be included in the application code.

State management in distributed environment is quite tricky and using a Kafka topic to maintain the state is an elegant solution. Using this change-log topic Kafka Stream is able to maintain a “table view” of the application state. In fact if we consider how a database maintains state inside a table using an internal commit log it seems logical to build a “table view” backed by the kafka change-log topic. 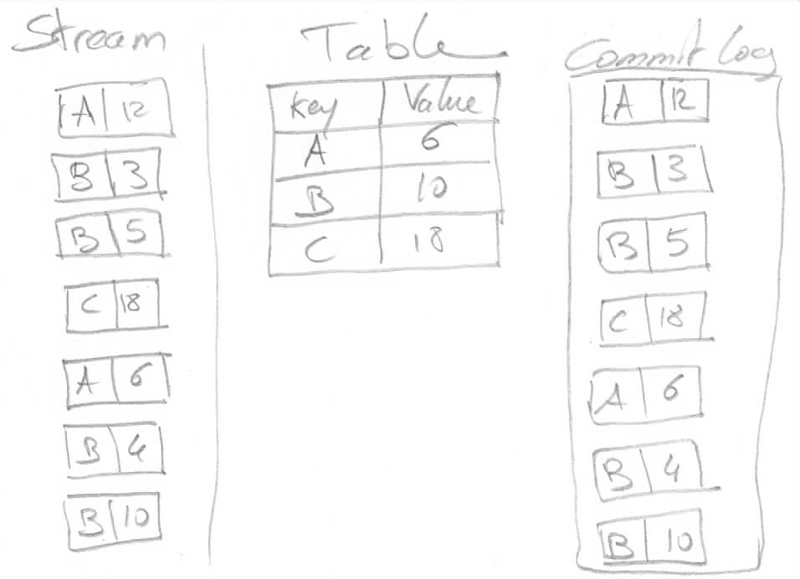 Kafka Streams should even provide a queryable state backed by this “table view” anytime soon.

What I like with Kafka Streams is that it’s just a simple library that you choose to integrate within your project. It doesn’t impose much constraints for an application already built on Kafka and solves the most common problems. 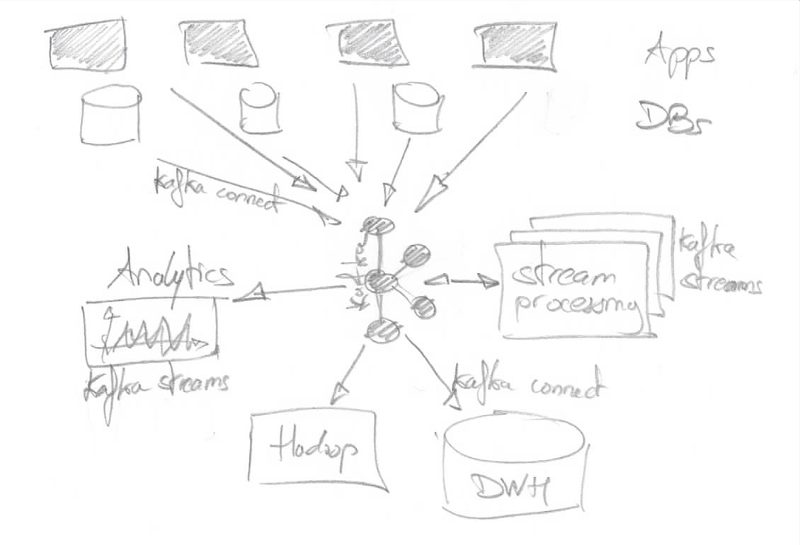 Kafka Stream is great to deal with data already in Kafka. It doesn’t address how to put data in Kafka in the first place. This problem should be addressed using one of the available Kafka connectors.